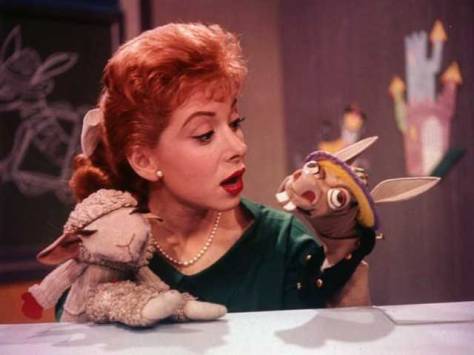 Don’t worry. This post will not list and define the many types of logical fallacies that exist. I’m not expert enough for that and I’m too lazy to Google the research necessary. What I hope to do is describe some observations about logical fallacies garnered from blogs and forums from around the Internet.

Logical fallacies have a legitimate function in formal debate. If you can persuade your audience and win your point with an invalid argument, then good for you. You’re a clever dude (or dudette). After all, you’re arguing from an assigned premise; not, necessarily, from conscience.

Ostensibly, online discussions aren’t structured for formal debate. They are more like a soap box in a public square: people have an open invitation to speak their minds. In such forums, we try to respect the diversity of opinions expressed and assume they’re expressed honestly. Although they might be unintentional, logical fallacies (when we recognize them) are frowned upon because they disrupt and mislead public discourse: they obfuscate understanding.

It might be annoying but, in a public setting, a certain amount of logical fallacy is to be expected; especially from (but not limited to) religious folks. Most of us have used logical fallacies without even realizing or intending it. Most of us have also tried to salvage a losing proposition by bolstering it with a desperate twist or spin that would (with any luck) derail reason.

We don’t need to know what logical fallacies are in order to use them. It’s not as if we contemplate which fallacy would be the best to one to use. But when we do employ a logical fallacy, it suggests a weakness in our argument that we hope to disguise – even if we’re not cognizant of the ploy. This urge is essentially dishonest, though often understandable at a human level.

There’s a difference between an impression and an opinion. The difference is information. How much thought have you given to the topic? How much do you know about it? An impression is insufficiently informed: an opinion is, at minimum, reasonably informed. One should not invest too much ego in an impression (or an opinion for that matter). I think people sometimes present their impressions as opinions and resort to logical fallacies when their pretext is threatened – something that’s more likely to happen with an impression than with an opinion.

Perhaps as common is the attempt to present an opinion as a fact. This tendency is rampant with controversial subjects like religion, politics, abortion, and free will versus determinism. Emotion is an all-too-human motivator for logical fallacies.

Semantics, otherwise known as “word games”, is another common source of logical fallacies. It can be very subtle and difficult to detect. By padding the definition of a word (or words) with your own meaning(s), you can produce an invalid argument that seems logically sound. This tactic is easily defeated by citing Dictionary.com but one must first notice the word game to begin with. The term, “word game”, might be a bit too critical: people often do this by mistake or without realizing it.

The Sock Puppet Fallacy may be the most onerous fallacy of all because it’s hard to explain how it’s perpetrated innocently; except through confusion on the part of the respondent. The most obvious reason to use this tactic is because the original argument is sound and, therefor, the only way to defeat it is to restate the argument to your own advantage. This takes forethought or a desperate desire to deny error. I don’t have much patience for this dishonest form of fallacy.

And finally, there’s the good old favorite of religious folks everywhere . . . begging the question. We’re all familiar with this circular form of reasoning. Christians and Muslims can elevate this recursive “logic” to an infinite regression if you give them half a chance. When backed into a corner, most Christians will invoke the “divinely inspired” Bible as evidence of God. This must be the most common example of begging the question in ANY sphere of thought. One must presume that God exists in the first place to lend his divinity to the Bible. “God exists because he must exist: how can this be God’s word if God doesn’t exist?”

These are just the logical fallacies I’ve noticed the most. Your mileage may vary. So how do we know when a logical fallacy is intentional or not? Usually, we don’t. But, if we know the author’s style, we can surmise a lot by when and how he/she uses logical fallacies.

By the way, a common indication of an impending logical fallacy is often revealed when somebody keeps demanding that you make sense, or explain yourself, when nobody else has a problem understanding or responding to your points. Either he/she is especially insightful and sees a problem that others don’t . . . or . . . he/she is waiting for something meatier to bite into. In this situation, it’s best to clarify (if you’ve been less than clear) — but choose your words carefully; there’s a good chance you’re being set up.

Differences of opinions are a fact of life. They happen all the time, to everybody. We should recognize that, particularly with controversial topics, others will not always agree with us. This doesn’t mean they’re wrong and you’re right. It means we don’t have a conclusive answer. By the same token, nobody has the best argument every time. When we acknowledge a better argument, we learn and grow . . . and we demonstrate that understanding is the motivation behind rational integrity.

Freethinkers have a vested interest in rational integrity and, from what I’ve seen, are often sticklers for sound logic. However, we’re not immune to logical fallacies: we see them all the time on atheist forums. For the most part, the most blatant examples seem to come from younger freethinkers – but there’s plenty of examples from all age groups. Sound logic and honesty are not requirements of freethought; though they should be.