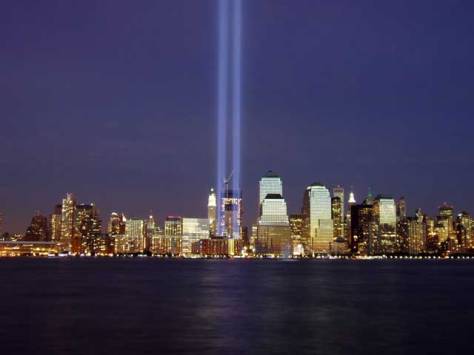 The 10th anniversary of 9/11 has come and gone. Uber-liberal leftists across the Internet all seemed determined to put the worst possible face on the U.S. response since that historic day. It was a pathetic display of apologia. It’s rhetoric like that which has led me to become an Independent. I no longer identify with Democrats. I feel pushed, rightward, to the center and now see myself as a moderate centrist. I’m simply appalled at the extremes of the left, just as I am at the extremes of the right.

When we receive new information, the logical response is to adapt, if necessary. As long as we keep it in context, new information should make us better informed. An unbiased person will scrutinize the information for validity and judge it accordingly. A biased person is more likely to spin the data to suit his preexisting ideas or even reject it out of hand. One of the more common sources of bias is ideology. Whether it be political, religious, cultural or whatever: ideology can act like a camera filter through which new information is tinted or even polarized.

Ideologies are seductive. Even scientists can have their objectivity compromised by ideology. Confirmation bias is an all too human tendency that can also afflict scientists. Political, religious, philosophical and economic biases can also affect scientists (consciously or not). Within their own disciplines, reductionism, aesthetics, metaphysics and other presuppositions can skew findings or interpretations of them. Fortunately, science has the scientific method (peer review, repeatable experiments, etc.) to weed out such errors.

If even scientifically disciplined professionals are subject to ideological bias, then who is really safe from it? Would less disciplined laymen be even more prone to it? To answer my own question: Yes – judging by what I read, online, from (alleged) freethinkers in blogs and forums.

Politically, freethinkers are predominantly liberal. From what I can discern, they seem no less likely than others to exhibit ideological bias because liberals are, by and large, idealists. They push for change to realize their ideals: how society should or ought to be. One important liberal ideal is equality (inclusion). It was liberals who heralded reforms to include women and minorities (religious, racial, ethnic, sexual orientation, etc.) as equals. Idealism can lead to wonderful reforms but not every issue is always amenable to idealism.

If all religions, nations, people, species, lifestyles, etc., are equal and to be included, then values become, in effect, relative. Because of this tendency to ignore or deny differences, liberal thinking leads to accommodationism, multiculturalism and a bias for political underdogs and against the prevailing powers (as we’ve seen during the run-up to the 9/11 anniversary). All too often, decisions aren’t based solely on the available information: instead, they’re filtered through the lens of liberal ideology. Instead of evaluating issues in terms of merit, the idealism of many liberals leads them to evaluate issues in terms of ideals. As thus practiced, the most significant difference between merit and ideals is bias.

As I’ve gotten older, I’ve noticed more and more how liberal idealism – being liberal for liberal’s sake – causes bad decisions. It’s why I’ve moved right, to the political center. Differences must be addressed on their real merits. This doesn’t mean you forsake your ideals. It means your ideals will mislead decisions if they take precedence over the merits of political realities. You can recognize when idealism has ignored political realities by the backlash that eventually follows, such as: reverse discrimination and the end of Affirmative Action; multiculturalism and bans on burqas and mosque spires.

As a centrist, I believe there’s a time to be conservative and a time to be liberal and that these times are determined by the merits of the political realities involved. For instance: nobody wants civilian casualties in the pursuit of the war on terrorism. Should we quit the war to avoid such casualties? Of course not! If we value our way of life, there is no alternative but to deal forcefully with terrorists. We can try our utmost to avoid civilian casualties but we need to acknowledge that they will nonetheless occur. It doesn’t help that terrorists use civilians as human shields, so the fair share of blame should go to those who callously endangered the civilians in the first place. The truth is that terrorists have been known to gun down civilians who flee neighborhoods used as human shields. You can’t hide behind civilians who run away from you.

Everything is NOT relative. The deaths on 9/11 are distinctly different from the deaths incurred in the war on terrorism. Civilians are intentionally targeted by Al Qaeda BECAUSE they’re civilians. The U.S. military and those of other countries target combatants only. Collateral damage and civilian deaths are not desirable to us. Let’s get real here. If terrorists stopped trying to destabilize governments by attacking their civilian citizens, the war on terror would be over.

The war on terror is an example of where liberal idealism is not generally a good idea and where harsh realities must be accepted. However, there are times, even in war, when liberal ideals are needed, such as in the treatment of prisoners and the methods used to interrogate them. It’s a matter of balance: moderation in all things. Ideals and merit.

One thought on “Ideals and Merit”