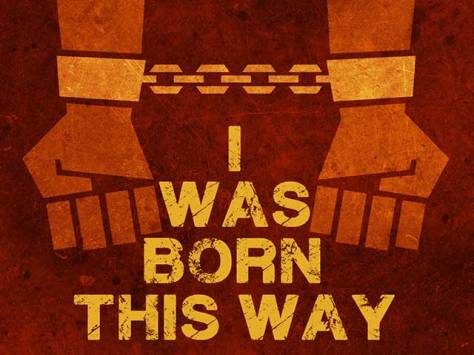 In an online discussion about morality, one participant wrote this:

“maybe i misunderstand morality but as i define it, it’s to feel remorse when no strings are attached”

The following was my reply.

That’s not morality: it’s guilt. It’s not uncommon for Christians to confuse the two. If you are a Christian, then I think the biblical focus on sin might be confusing your concept of morality. No matter what our positions on faith, we all know Christians are just as imperfect as anybody else: just as virtuous; just as venal; just as caring; just as petty . . . just as human.

The human condition is all about our potentials. Good and bad, right and wrong, greatness and mediocrity. Morality can’t deny reality and remain valid. It MUST recognize the human condition. I look around and see that people are imperfect. Most of us are basically good but make mistakes. As we mature and learn, we try to improve. But we’re humans — not saints or angels. We’ll never be perfect: we’ll never stop making mistakes. All we can do is be honest with ourselves and strive to improve.

But that’s not what the Bible (and the religions it has spawned) teaches, is it? No sirree! We’re all wretched sinners unworthy of salvation unless we do (depending on the doctrine of your faith) one or more of the following . . .

Some doctrines preach Original Sin: others don’t. The ones that do are adhering faithfully to the Genesis story of Adam and Eve. Regardless, we’re born imperfect humans unworthy of eternal life because of our God-given nature. Oh yeah, I forgot to mention, Genesis says God created Adam and Eve perfectly sinless. Well, duh! How can you sin before you’re created? If our nature is God-given, then he created us imperfect: doomed to fail. If God were a more ergonomic designer, he would have created us with fig leaves permanently affixed over our genitalia.

Other than stupidity, what else, but indoctrination, can explain how oblivious so many people are to this heads-I-win-tails-you-lose sham? God made us imperfect humans, then immediately punishes all humanity with death – by revoking our immortality — the very first time one of us was imperfect.

Even if you view this myth as a symbolic moral tale, what exactly is the moral of the tale? The inescapable lesson is a negative one: we should be ashamed of ourselves. We are guilty for our very nature – as if we had some choice in the matter.

And speaking of choice . . . if God endowed us with free will, then you don’t need to be omniscient to know that there’s only one way for us to be perfect but an infinite number of ways to incur God’s devastating, knee-jerk, wrath. If we could only preserve our immortality by obedience to God, we clearly never had a real choice: we never had free will in the first place. Not that it matters. After all, our immortality went down the drain with Adam and Eve – as if we had some choice in the matter.

Biblical sin is the ultimate con: a damn sham and scam. What purpose could it possibly serve for God to place us in opposition to ourselves? Why, by default, are we wretched sinners instead of basically good people who sometimes make mistakes?

Now, contrast biblical morality with secular morality: the morality of reason. Is it better to make choices based on the promise of heaven and threat of hell – of is it better to make choices based on logic and reason? It’s true that objective morality can only come from a perfectly objective source, such as (allegedly) God. But which God? The intolerant, genocidal, war-monger of the Bible? What’s that you say? That’s the Old Testament? So what!! Old Testament . . . New Testament . . . he’s allegedly the same God. Besides, Jesus demonstrated an appalling lack of concern for the subjugation of women and slaves. How perfectly objective is that? Do we need that kind of New Covenant in our world?

Morality tainted and twisted by biblical sin is inherently self-loathing. All you have to do is take the primitive spirituality of ancient, superstitious, ignorant, people and apply just enough pretzel logic to hopelessly confuse them. Voilà . . . spiritual entrapment: mission accomplished. As Friedrich Nietzsche once observed: “Morality is the best of all devices for leading mankind by the nose.”

One thought on “Sin and Morality”